Welcoming in 2020 are new Ford P68 & Lola T70 kits by Automodelli Studio. Three kits cover 6 versions of the lithe Ford coupe, resplendent in red and gold Alan Mann colors, while there are 7 kits of the brutal Lola T70 MkII Can-Am cars on offer. All use deleted Marsh masters, which is a very good thing because they all have great detail and easy-to-build construction.

The Australian Automodelli Studio has concentrated on models featuring Australian drivers and cars in years past. It appears they are branching out internationally with their recent release of Ford Mustang and Probe GTP kits and built models. Now they’ve followed up with a bunch of new kits that take us to the late 1960s.

For 1968, Alan Mann racing decided to produce aerodynamically slippery prototypes to race on the fast endurance tracks of Europe. Designed by the talented Len Bailey and financed by Ford of Europe, the cars were powered by Ford DFV engines. The cars were entered at Spa, Brands Hatch, Nurburgring and Oulton Park. While gorgeous to look at, they were devilish to drive. A design meant to provide downforce to the entire car instead caused the front end to have too much grip. Both Jack Brabham and John Surtees refused to drive the cars because the car was considered too unstable at speed.

A variety of aero fixes were tried on the cars. Trim tabs and small spoilers sprouted along the way as well as a large high wing. That didn’t work either. They failed to finish any of the races in which they were entered. The P68s were fast but ultimately undriveable and unreliable.

The kits feature crisp resin bodies and plenty of photoetched parts and are available as kits and factory built models.

During the early to mid 1960s big-bore sports car racing took hold in a big way in Europe and the USA. One of the first widely available chassis starting in 1965 was the new Lola T70. The T70 could take many popular engines and be run to great effect while racing on both sides of the Atlantic.

John Surtees took victories in Europe in 1965 and then brought his red Chevy-powered car to America for 1966 in search of the rich purses in the new Can-Am series. The fields were pretty good that year with a wide range of machinery and some very talented drivers and teams.

The Lola T70 was dominant that year. Surtees took the first race at St. Jovite and Dan Gurney triumphed with his Ford-powered Lola at Bridgehampton in the second race. The third race was at Mosport in Canada where Mark Donohue won this time in a Lola  with Chevy power. Laguna Seca saw Chaparrals lock out the front row and take the first of two heats but Parnelli Jones took the second heat in his T70-Chevrolet. Riverside in California saw John Surtees win again for Lola and yet again at Las Vegas to close out the series as the first Can-Am champion.

Automodelli Studio has again used ex-Marsh masters to offer 8 versions of the Lola. Two are Team Surtees cars for Surtees (Can-Am #7) and Graham Hill ( British #3), left. There’s a Sid Taylor-run car for Denny Hulme that raced well in Britain and elsewhere. Can-Am runners include Mark Donohue’s Penske car (right), a yellow car for USAC’s Roger McClusky and the silver-blue #16 for George Follmer. Also coming are versions run by AJ Foyt and Skip Hudson. All are available as kits and handbuilt examples.

You can go straight to the Automodelli Studio website here.

Kits and built examples of the Ford and Lola are also available through Grand Prix Models. 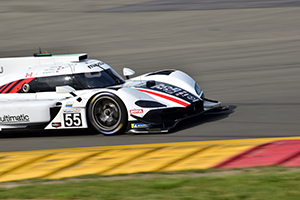 More Indycar models than ever!

Why the Sebring 12 Hour race is a must-see